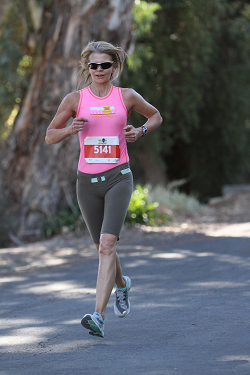 I've been a SARRC member for eight years and a member of the Board this past year. These years have been some of the most fun and rewarding I've experienced and I now appreciate even more the momentous effort from all the volunteers who have made the club what it is today.

I've run two marathons, the first Yurrebilla and numerous half marathons, locally, interstate and overseas.  This year I've spent more time learning what goes on at the 'back end' of events firstly as co race director for the Barossa Marathon and also doing the volunteer hard yards in the set-up and pack down at various events.

You'll find me out five mornings a week at different SARRC running groups because mostly, I just love to run and spend time with the great bunch of people who make up our running community. SARRC is a unique organization, not only because we are the largest road and trail running/ walking club in the country, but because we are a diverse, wholly inclusive and tremendously supportive bunch of people. My only ‘agenda’ as President is that others should have what we’re having.

Most of my career has been spent as a Senior Engineer optimising Oil and Gas production. As well as technical work, I've taken on various leadership roles as Team and Project Leader, gaining skill in compiling annual budgets, managing Capital and Opex programs and participating in project peer reviews with Joint Venture partners. The most valuable learning I take from my career at Santos is that collaboration with all stakeholders always brings the best result. Those who think they have all the answers often dont! 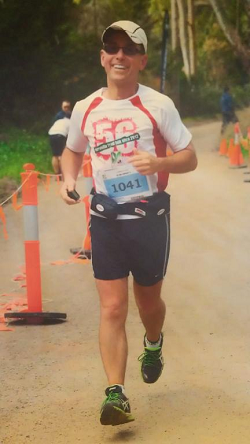 Peter commence his running/walking career about 20 years ago. He has walked many parts of the Adelaide Hills, Heysen Trail & Clare Valley & in more recent years the Barossa & Adelaide Marathons. He was encouraged to run after a hip injuries with his walking. Peter had been walking in many SARRC events prior to 2011, when he decided to become a member.

His first running event was Yurrebilla in 2012, & has now run Barossa & Adelaide Marathons as well. Even completed in trail events in Victoria.

Peter is an Accountant operating his business from Salisbury. He was approached in late 2013 to takeover the Treasurers position & attended his first meeting in January 2014.

His aim is to demonstrate the enjoyment of not only road running but also trail running.

His partner Sarah is also a keen runner. Between the two of them they run the Mawson Lakes Start Running Group held every Wednesday evening during the school year. 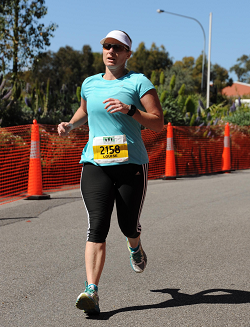 A personal commitment to return to healthy living – physically and mentally – and volunteering led me back to running and SARRC in 2013.

I have enjoyed competitive sport at a high level having been a swimmer, played water polo and even a bodybuilder for a short time but none of that rivals the enjoyment and challenge that running provides me. I will never be a race winner but have the ability to be a finisher and I look forward to a running my first ultra’s in 2015.

Being involved in SARRC means I keep a focus on my health but also  I am able to ensure that I give back to the community in a meaningful way to me. 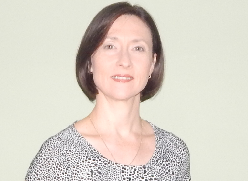 Karina started running in 2013 in search of a way to improve her health, fitness and ability to manage stress. Karina joined SARRC and completed the Greenbelt half marathon in 2014 and currently runs 5 times per week completing most sessions with her 4 legged running partner, Mia.

Karina is a busy mum, working as a HR executive and partner in Nurture Balance LiveFit, where she actively educates and coaches people in adopting a healthy lifestyle while also completing an executive MBA.

Recognising the positive impact running has had on her life Karina has become an advocate always taking the time to encourage people to the sport.

Karina is looking to utilise her skills to support the board & club in delivering its core values, building on the sense of community and delivering events which encourage regular and new runners to the sport.

He has been a member of the South Australian Road Runners club for 31 years. During this time he has completed 105 marathons, winning 5 outright. Having completed 28 Adelaide marathons (Legend 09) he hopes in the future to get to 30.. He has also run ultras with a 24hr PB of 186km and a 48hr PB of 303km in 2013. He is now aiming to do well in multi-day events (outright win in RSA) as well as Race Director for the Adelaide 6-day Event.

He was the SARRC Saturday Morning speed session coach 2008-2015. During the past few years he has been concentrating on moving the club forward by development of real-time electronic timing, the mass email system, the race databases, the club email server, upgrading the club web sites and the new online event registration system.

My interest in running goes way back to when I was very young and participated in the very first city-bay in 1973. Since then, I have always held an interest in running, sport and keeping fit and competed in many fun runs and events over the years

I joined SARRC around eight years ago and have been a regular member of the 8SSS or Sunday 8am group ever since. I have also enjoyed running with other SARRC groups during this time and have met many terrific people along the way.

Over this time, I have developed a strong passion for the club and our people and am keen to assist with future direction of our club. I believe that as a club, we have come a long way and want to be part of a board that ensures we develop and maintain a sustainable path for our club and members into the future.

On a professional front, I have worked in Human Resources and Employment Services for eighteen years and believe I have a range of skills and knowledge to offer to the board and members.

I look forward to working with the new board and with you all during my term. 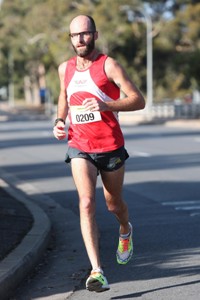 At the South Australian Road Runners Club (SARRC) it is our vision that everyone has the opportunity to run. We are inclusive and committed to welcoming you. SARRC was originally established in 1980 for people interested in running the Adelaide Marathon. The Adelaide Marathon is still our flagship event and is going strong after 40 years. We have grown from a local running group to the largest running group in South Australia.

Interested in joining? Check out the Membership info via the main menu.

The minimum deposit bars are not visible to the users and are not applied to customers. Sometimes, bookmakers do not accept payments below a certain amount because it would slow down the system. In addition, casinos set the minimum deposit bars to encourage frequent players. However, this is not always the case. Below are some common reasons for online casino low deposit Let's explore these reasons in more detail. After all, the goal is to encourage regular players.